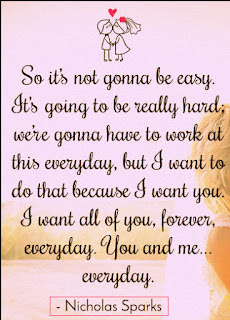 My husband and I belong to the same communities, yet we had to face challenges which we overcame by a unique strategy that combined manipulation and compromise. Before I write further, I have to thank Abhishek Verman for making a film out of the awesome book 2 States.
My husband and I could relate to so many things from the movie and it made the journey easier for us. Also my hubby would never read a book so dragging him to the cinemas was simpler.
In our case both me and my husband were from Bihari communities, same city, same school and same status. We spent our childhood together as friends and started dating during college days back in Pune. You must be thinking what a cake walk it must have been for these two love birds! But truth is one can actually film another film like 2 States on us. Only this time, the film is bound to be a super flop, owing to the silly excuses and problems caused by our families!
Now when I think of it, the entire experience actually makes me laugh. For instance, His Dad asked me over and over again if I would qualify as the 'Tulsi' of the house. He re assured so many times that I was actually scared if he was talking about the plant or the perfect daughter in law, who reacts to your taunts with a hint of smile and a tray of  ginger tasting aromatic tea.
Now after he reluctantly assured himself of me in acting the future role of 'Tulsi' successfully. He announces our engagement date, after which he realises he has not matched our kundalis yet. That means our Marriage was still at stake. Yes, apparently the love is not enough, stars get to decide if we can marry in India or not. Sad but true. Mr Hubby and I spent sleepless nights as he was a maanglik (can only marry a maanglik in the world of stars) and I was not. But this came easy for us as the manipulative hubby bought the pundits in a thousand bucks and I too was declared a maanglik!
After crossing this hurdle, we started getting congratulating calls from relatives. But this peace was short lived as soon after my engagement my father in law, realised that his youngest daughter is still unmarried! So now he wants us to wait until she gets settled...


"If you want to know how I ended up getting married, wait for my next post...''

Email ThisBlogThis!Share to TwitterShare to FacebookShare to Pinterest
Labels: lifestyle

Thank you so much for reading and please do share your thoughts! I read all your comments and try sincerely to reply to each one of you :)